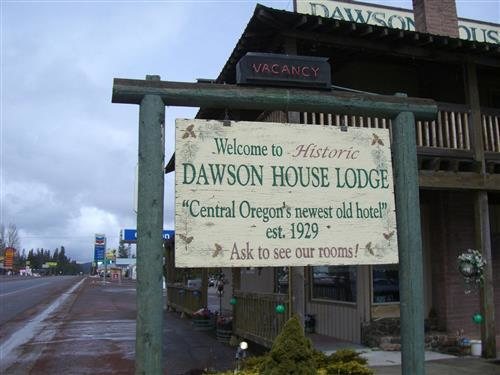 The hotel dates back to the early twentieth century, and served as accommodation and as a boarding house for railroad workers and visitors. Previous owners and guests have reported eerie occurrences throughout the building for over 50 years, including ghostly laughter, disembodied footsteps, doors opening and closing by themselves amongst many other strange incidents. The hotel features two rooms that are particularly haunted. In the Trupp Room, guests have reported voices, cold spots and have seen the apparition of a woman in an old-fashioned gown. In the Jessup Room, some claim to have encountered an entity who plays with the television, and who has been known to climb into bed with male guests. Shadowy figures have been seen on the porch at night, a young girl running through the hallways and a spectral figure who has been known to appear behind people in mirrors has also been reported here.

Disclaimer: Oregon Haunted Houses does not endorse or support trespassing to visit real haunts. Before you visit ANY local real haunt, make sure to acquire the appropriate permits and/or permissions, and be respectful of privately owned properties. Countless Haunt Hunters have been arrested, ticketed, and reprimanded by the authorities for trespassing. To avoid this, be sure to get in touch with the property owners before visiting a haunt, and respect their hours of operation, local regulations, and rules for visiting at all times. Happy haunting!
All information on this page was submitted to Oregon Haunted Houses and was believed to be accurate at the time it was posted. Please report any inaccuracies here.